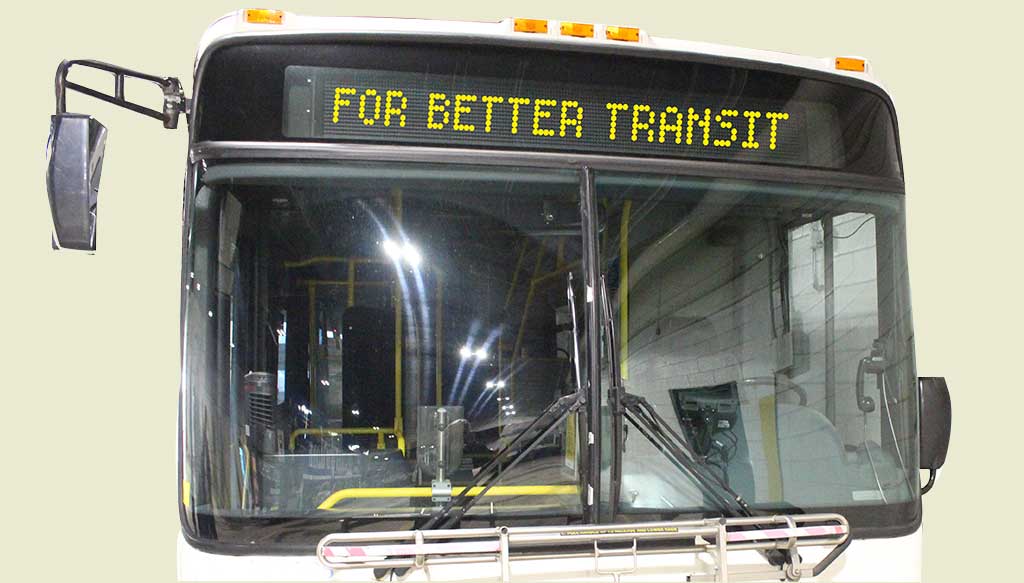 Burlington for Accessible Sustainable Transit (BFAST) is a volunteer citizens’ lobby organization that advocates for better transit in our city. We believe that better transit is an investment that will make our city more liveable. Experience has shown that improvements in transit mean increases in ridership. The more ridership increases, the less car traffic in our city will increase. Less car traffic means less spending on roads, cleaner air, more foot traffic for neighbourhood merchants, a better quality of life and, perhaps ironically, a better environment for drivers. For families, better transit means less need for second or third cars and potential savings of thousands of dollars per year. Studies in Hamilton and other Ontario cities have shown that transit is one of the best investments we can make in terms of overall economic return.

Founded in 2011 in response to drastic budget and service cuts made by City Council of the time, BFAST worked to reverse the cutbacks and improve service. In addition to our efforts at Council, BFAST worked to expand a growing community coalition of transit supporters, from individuals to businesses, schools and government agencies. Our annual Transit User Forums, organized in association with more than a dozen community groups (and suspended during the pandemic), brought hundreds of Burlington citizens together every year to show their support.

The 2018 municipal election resulted in a near-100% turnover at City Council, with a new, pro-transit majority and a pro-transit mayor. With the hiring of a new transit director and an increase in the transit budget, ridership increased by some 15% in little over a year. The progress was interrupted with the arrival of the COVID pandemic, but ridership is once again on the increase, although staffing shortages caused by COVID have prevented a full restoration of service to pre-2020 levels.

BFAST continues to lobby Council and advocate for more and better transit in Burlington. We have sought to work with the City to shape its Climate Action Plan and Integrated Mobility Plan. And we have kept up our lobbying activity during the pandemic. But we can always use more help. If you would like to get involved, please fill out the form on our “Join Us” page. We’d love to hear from you!