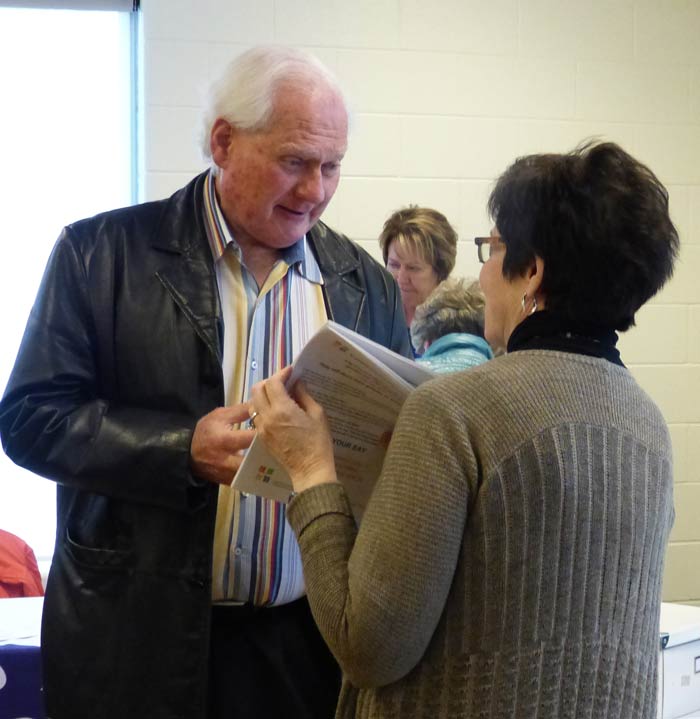 Walter Mulkewich, seen here at the 2018 Burlington Transit Users Forum, championed many efforts that have made Burlington a better place to live.

BFAST joins Burlingtonians from all walks of life in mourning the passing of Walter Mulkewich, Burlington’s former mayor, a founding member of BFAST and a member of our Steering Committee.

Walter worked throughout his long career to promote action on a wide range of issues, from nuclear disarmament to the environment to better transit.

He was elected to City Council in 1979 and served as Aldershot’s councillor until 1991, when he was elected Mayor. Walter was a progressive force on Council and successfully fought for several social and co-op housing projects. He retired from municipal politics in 1997 to focus on his health.

He remained active in BFAST and other community initiatives until very recently.

“Walter was a wonderful friend and long time ally of progressive causes,” commented BFAST Steering Committee Chair Doug Brown. “He made important contributions to BFAST and helped to make Burlington a better city. His passing leaves a big hole in the social fabric of our community. To his family, friends and colleagues, we express our sincere condolences and our thanks for his beliefs, his commitment and his unceasing efforts to help create a better world.”

Burlington Mayor Marianne Meed Ward paid tribute to Walter. “As a new mayor, I looked up to Walter and appreciated our vigorous debates,” she wrote in her Twitter feed. “He was a fierce advocate for justice, a tireless community booster for his Aldershot neighbourhood & entire city. He will be missed. Our thoughts go out to his family & the many residents of our community who he inspired during his time with us.”